Your #1 source for all things dating. Stop by for tips, trends & events brought to you by the matchmakers at It's Just Lunch!

It's Just Lunch Date Ideas for Every Day in November

Our “Date Ideas for Every Day in November” series is coming to an end, but the ideas are as good as ever! Here are our matchmakers ideas this week:

Now just because November is coming to a close doesn’t mean the date ideas won’t keep coming! Stay tuned for our December series of amazing winter date ideas starting next week. Get in on the conversation by sharing your favorite winter date in the comments, or share your ideas on Facebook!

It's Just Lunch Date Ideas for Every Day in November, Episode 3

It's the third week of our 'Date Ideas for Every Day in November' blog series and we've had some great dates ideas come pouring in! Our matchmakers put together their favorite ideas - check out what we've got in store for you this week annnnd... happy dating! 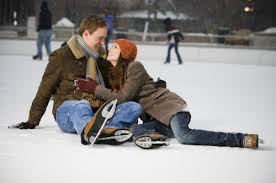 Our date idea series won't end in November - send us all of your favorite winter date ideas and you may just see your idea in our next blog or featured on our Facebook page! For more information about It's Just Lunch visit our website and start dating today.

Ghosting: A Dating Problem We Don’t Have an Explanation For

Everyone classifies ghosting a little differently, but in a nutshell ghosting is when you’ve been out on multiple dates  with someone and you’re having a fantastic time – you might even have entered into the ‘exclusively dating’ phase and then all of the sudden *POOF* one day, they are gone. Never to be heard from again. 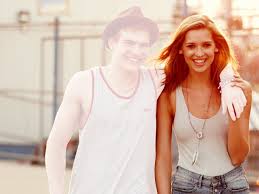 What? Does this actually happen?

Unfortunately…yes. It’s a growing trend in the dating world – instead of men and women drumming up the courage to break it off with the person they’ve been dating they opt to shut them out and disappear completely. Some people even go so far as to delete their social media pages, disconnect their phone number, or change jobs in order to effectively ghost someone. It leaves the ‘dumped’ party feeling totally confused, abandoned and unsettled. I think the best of us want to believe that something MUST have happened to the ghost – I’ve heard everything from maybe they got into a bad accident or maybe they got called away on an international work trip and they haven’t had a chance to call. I’m sorry, but there is a .01% chance that that’s actually the case. We’d all like to believe they’ll turn up with some crazy (but true) reason why they disappeared and you’ll live happily ever after, but sadly this is the real world. 99% of the time the cold, hard truth is that you’ve been ghosted.

Why do people ghost? There’s a ton of reasons why someone might do this. In the modern age of so many different online dating apps and avenues to meet people, the mentality for a lot of singles is ‘on to the next one!’ without considering feelings or providing an explanation to the ghostee. With the popularity of online dating, people feel less and less responsible for their actions because they are having less face-to-face interactions, they aren’t considering that they are hurting someone. They just aren’t interested in anymore and don’t feel invested enough to tell you.  All it takes now is to swipe left or right to see what you’re future could hold – that’s a whole lot of temptation, especially if you aren’t committed to someone.

Do I think ghosting is okay? No.  At It’s Just Lunch, ghosting has never been an issue because the people that join are serious about dating and don’t see it as a joke or as an avenue to burn through a hundred matches in 10 minutes – they are looking for quality, real people to start a relationship with. However, I have heard stories from clients about being ghosted using other apps and services. It’s a sad, pathetic truth of the modern dating world that everyone should be aware of.

The worst part is, there aren’t any real identifiers for a potential ghost. Our advice? Keep your dates light and casual in the beginning and don’t dive into anything too serious too soon. And most importantly – don’t ever ghost someone.

Have you experienced ghosting? Share your advice on how to deal in the comments!

It's Just Lunch Date Ideas for Every Day in November

Our ‘Date Ideas for Every Day in November’ series has been a huge hit! Now that the snow has already started flying in the Midwest (weep!) we’ve got some great snow-themed ideas this week! Whether you are single, dating, in a relationship, or married (don’t let the romance fizzle!) – happy dating!

Do you have a great date idea? Let us know in the comments and your date night could be featured on our Facebook page. And don’t forget to stop back next week for a whole new list of unique date ideas brought to you by the matchmakers here at It’s Just Lunch!

Interested in someone, but using excuses to not ask them out? Is "the holiday season is coming up, they are probably too busy" one of them!? That's a terrible excuse not to pursue happiness! Stop stalling and start dating!

Before we get caught up in the hustle and bustle of the holiday season, spend some quality time with someone special! Our matchmakers put together a ton of great date ideas for the month of November. Check back weekly for new ideas throughout the month! 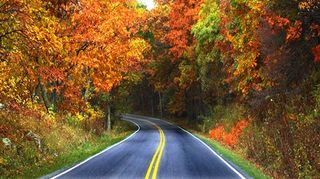 What are you favorite pre-Holiday date ideas? Let us know in the comments and your idea could be featured on our Facebook page!